25 is also the age limit for Maverick NEXT, and I believe it’s a pivotal year for many young leaders. While the number itself can feel somewhat arbitrary, I think that most things are largely arbitrary until we give them our own meaning. To me, 25 represents entering a new phase of life, where the creativity, determination, and inspiration of my youth meets a higher wisdom, spiritual awareness, and most importantly right action. It’s the year of really creating something meaningful in the world, to set the tone for the next quarter century of my life and my service to the world.

That was just a short rant – this post is actually about vulnerability. One of my personal goals this year is to become more vulnerable, more authentic. Not just with those closest to me – but with the world. To be honest about my past, present, and future. My faults, mistakes, and shortcomings, along with my accomplishments, dreams, and ambitions.

So I’m starting with the 25 things you probably don’t know about me. If you know me closely, some of these are apparent, but many are news to my closest friends as well as distant acquaintances.

Some are deep, some are light and silly.

1. I am insecure and struggle with fear, depression, and anxiety… despite my outward confidence and “success.”

2. I believe that I’m destined for greatness, to create something influential and meaningful in the world, and leave a huge legacy.

3. I don’t really know what that “greatness” is, despite my sometimes outward definiteness of purpose, but I believe it. At times though, I question whether I really am, or if I am just delusional – though I guess that’s up to me to define with my actions.

4. I genuinely compare myself to Steve Jobs. While giving me great drive, this usually leads to unhappiness.

5. I was bullied a lot as a child. Part of it was because I was an immigrant, “poor” by American standards, was raised by a single mother, etc – and part because I was just so damn introverted that I appeared to have serious social anxiety issues.

6. In my youth, I responded to bullying by becoming a rebellious punk, then a ‘gangsta’ – and while I quickly matured, I kept my rebellious nature for a long time. I was even politically active in high school, largely against the administration, and didn’t trust authorities.

9. I’m for the legalization of almost every drug, except maybe heroin and similar highly addictive and deadly substances.

10. I don’t “read” that much, but I typically go through 1 – 2 audiobooks a week. If adding reading and audio, I’ve gone through over 400 books and programs since I started my personal development journey at 19. Not including college related reading.

11. My favorite movies currently are: jOBS and Alice In Wonderland.

14. In my spare time (okay – I don’t usually have spare time, but in my car alone for example), I freestyle to myself and write rap verses.

15. Until recently, I was relatively undeveloped ‘as a man’ – always searching for a father figure. This caused tension in past relationships with adult males and mentors, and disappointed me; I was looking for something that wasn’t there. I’ve now developed my own inner strength, my manhood.

16. My favorite artist/band is Pink Floyd. Before that, it was probably Eminem.

17. I don’t drink much or smoke tobacco, but I’ve had some of my happiest and most insightful moments with a glass of cognac in one hand and a cigar in the other.

18.  Since I’ve started my company, I’ve had one real vacation – 3 years ago in Aruba – that I was totally disconnected for a week. Outside of that, the most I’ve been disconnected at a time is 2 days. One my goals for 2014 is to take another complete vacation, sitting under a palm tree on a hammock for a week on a tropical island, doing pretty much nothing.

19. My social circle ranges from Maverick millionaire entrepreneurs, to artists and musicians, to spiritual masters, to the world’s best pickup artists – but I’m not actually in any of these demographics myself.

20. I worry about appearing too egotistical, and that worry drives a lot of my behavior. At the same time, I worry about living too small.

21. As a kid, I was naturally good at drawing, chess, and piano.

22. When I was 14, I had a demo CD of my rap. It had like 15 tracks – hopefully you will never hear them, as many of the lyrics were violent, depressing, or ignorant. Like most rap.

23. I don’t really know what my ‘gift’ is. Connecting people? Inspiring? Teaching? Building companies? Technical intelligence? Visionary? I’m relatively good at these, but I don’t know what to focus on to become my best self and be of greatest service to the world.

24. I’ve been trying to stop biting my nails for as long as I can remember. It’s my most annoying vice and I can’t seem to get rid of it.

25. Since 19, my biggest goal was to become a millionaire by 25. I’ve ‘failed’ but that’s okay – because I’ve become rich in so many other ways that are more important, and I know the millionaire milestone is not far down the road, when I focus on that – but it’s also becoming so much less important to me.

Thanks for reading. Today, I’m most grateful for all the people in my life that have been there to positively influence me over the years, and those who will be there for the journey in the coming years. There are too many to name, and I’m so grateful for that. Thank you. 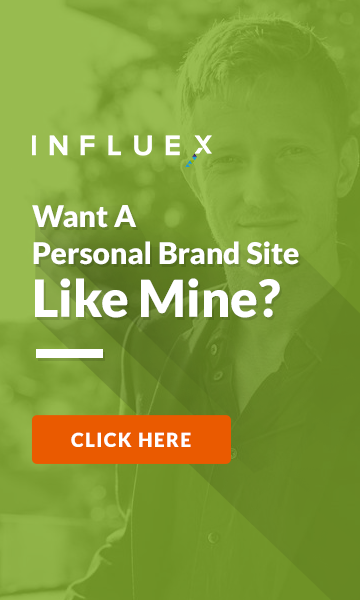 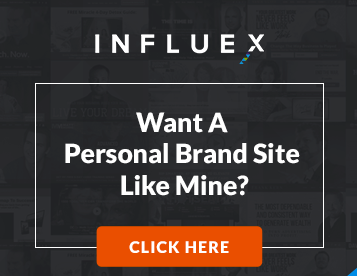